The Midtown Arts and Theater Center, the MATCH, is Houston's way of supporting small theater arts groups with exciting and flexible venues.

The MATCH resides in Midtown at 3400 Main Street, south of the downtown and north of the Medical Center. The building invigorates an eclectic neighborhood with new life and direction. A complex of four theaters, three rehearsal areas, gallery space and offices is arranged around a central open-air lobby. The lobby, articulated in exposed structural steel framing, is a focal point for activity. This area doubles as a pre-function space for the theaters and as an informal performance venue.

MATCH Box 4 is a traditional proscenium theater with fixed seating for 329 persons. Box 2 is less formal with seating for 159 and a sprung stage for dance. Boxes 1 and 3 are small, flexible black box theaters with seating for 100 to 140. The four spaces cover the diverse needs of a thriving arts community. 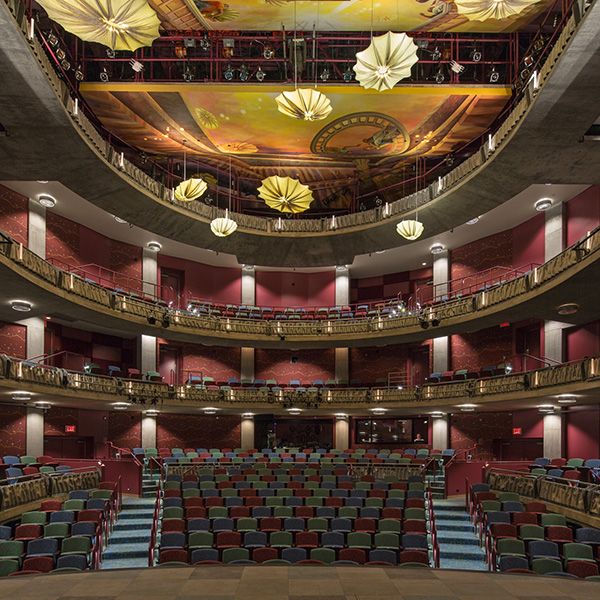 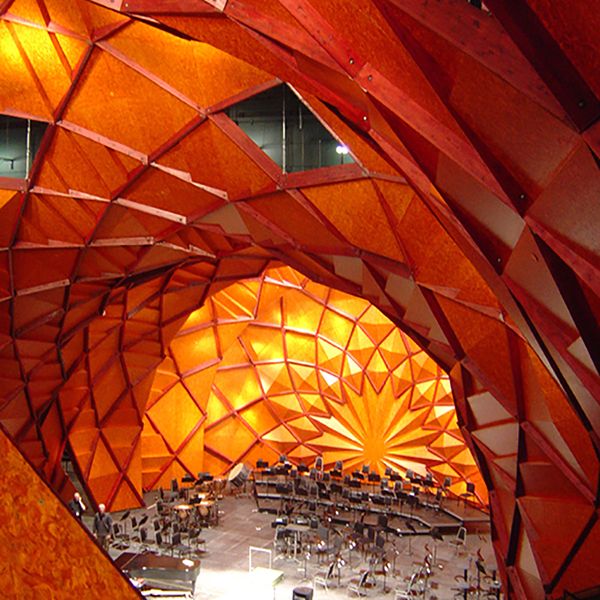 Globe-News Center for the Performing Arts 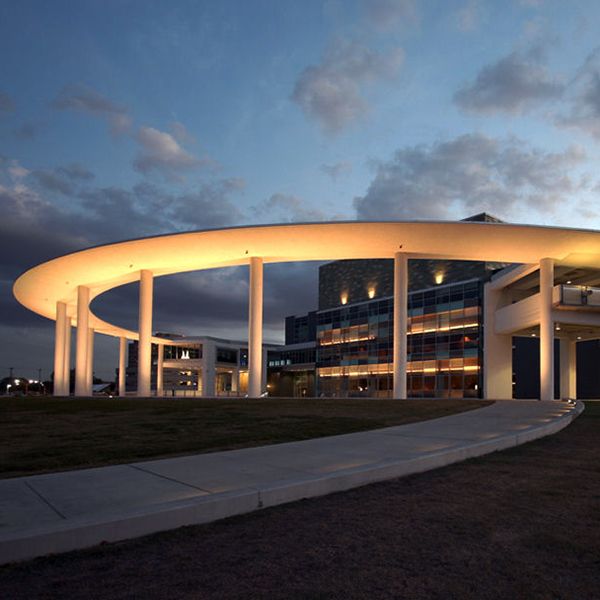 Long Center for the Performing Arts